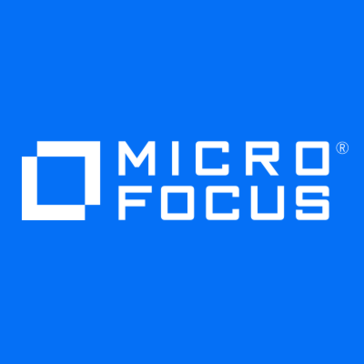 What is Micro Focus StarTeam?

StarTeam is not a very complicated software when it comes to file system. It easily allows users to lock a file and edit it to prevent others from overwriting it Review collected by and hosted on G2.com.

The UI is very outdated and not very modern at all Review collected by and hosted on G2.com.

Consider if you need a distributive file system first before taking the plunge Review collected by and hosted on G2.com.

It allows cross team collaboration as well as allows teams to store files and share across the organization Review collected by and hosted on G2.com.

For our needs, StarTeam provides a good balance between documenting the need for a change (a Change Request, for either a defect or an enhancement) and providing source control. Rules can be set that require comments for every check-in as well as linking each check-in to a Change Request, which help us ensure the quality of what is checked in and provides a trail for every check-in. Review collected by and hosted on G2.com.

There are several things that I dislike, although I've only seen a couple of competing products that work as well as StarTeam does for us.

1. The product focus since being acquired by MicroFocus has changed away from being a product that benefits us. There were promises made by Borland when the acquisition was announced that were not kept by MicroFocus.

2. StarTeam is very expensive. For a small team, it is difficult to advocate using StarTeam when there are so many alternatives available that a either open source or have a much lower cost. As mentioned before, those products can't do everything that StarTeam can.

3. Only the most expensive edition, which we don't have, allows for customizations (such as the data stored, values for built-in fields, and user workflow).

4. In order to add additional user licenses when using an older version, we were forced to upgrade to the newest version. Even worse, we were using StarTeam Personal Edition at the time, which had been dropped and was no longer available. What started as a $1,500 solution became a $12,000 burden.

At this point, we're not going to spend more money on StarTeam. We've started considering alternatives, the most likely being Team Foundation Server. Review collected by and hosted on G2.com.

Unless you're a Java shop and have a lot of money to spend, look for alternatives. And I hate to say that, because I really like StarTeam as a product. But I'm very disappointed in the management and focus of the product since MicroFocus acquired it. Review collected by and hosted on G2.com.

Having a full history of change requests and source code changes.

Backing up our source code repository, including the complete history since we started using StarTeam 11 years ago. Review collected by and hosted on G2.com.

There are not enough reviews of Micro Focus StarTeam for G2 to provide buying insight. Below are some alternatives with more reviews:

Git
4.7
(296)
Git is easy to learn and has a tiny footprint with lightning fast performance. It outclasses SCM tools like Subversion, CVS, Perforce, and ClearCase with features like cheap local branching, convenient staging areas, and multiple workflows.
2

Microsoft Team Foundation Server
4.1
(136)
An enterprise-grade server for teams to share code, track work, and ship software — for any language, all in a single package. It’s the perfect complement to your IDE.
3

Subversion
3.9
(60)
Subversion is an open source version control system. Founded in 2000 by CollabNet, Inc., the Subversion project and software have seen incredible success over the past decade. Subversion has enjoyed and continues to enjoy widespread adoption in both the open source arena and the corporate world.
5

AWS CodeCommit
4.1
(57)
AWS CodeCommit is a fully-managed source control service that makes it easy for companies to host secure and highly scalable private Git repositories. You can use CodeCommit to securely store anything from source code to binaries, and it works seamlessly with your existing Git tools.
6

Mercurial
4.2
(31)
Mercurial is a free, distributed source control management tool. It efficiently handles projects of any size and offers an easy and intuitive interface.
8

Plastic SCM
4.2
(18)
Plastic SCM is a version control system that will help you develop new features in parallel, go distributed, merge in time, and never break a build again
9

FogBugz
4.0
(13)
FogBugz provides all you need to make great software, including project management, issue tracking, and support, fused with just enough process to help you deliver.
10

CVS
3.6
(10)
CVS is a version control system, an important component of Source Configuration Management (SCM). Using it, you can record the history of sources files, and documents. It fills a similar role to the free software RCS, PRCS, and Aegis packages.
Show More

Do you work for StarTeam?