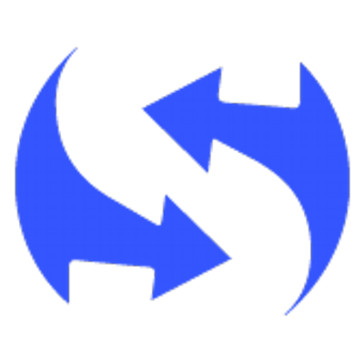 Free Trial is available
Pricing information for solve 360 is supplied by the software provider or retrieved from publicly accessible pricing materials. Final cost negotiations to purchase solve 360 must be conducted with the seller.
Pricing information was last updated on October 15, 2015

Free Trial is available
Pricing information for the above various solve 360 alternatives is supplied by the respective software provider or retrieved from publicly accessible pricing materials. Final cost negotiations to purchase any of these products must be conducted with the seller.

The system is easy to use. The introductory email sent to you when you sign up has all the right information to get you started, and a link to get you in touch with their customer care team just incase you ever need help! Review collected by and hosted on G2.com.

Sometimes it saves, sometimes it doesn't...very aggravating to write something in a field and go back and it's not there. Review collected by and hosted on G2.com.

All information about a client in one spot and you can adjust the fields to what you want which is really helpful!

The templates and scheduled emails save time and help to automate Processes. The program offers many features at no additional cost, such as the Android/iPhone/iPad interface. Review collected by and hosted on G2.com.

Fantastic for Google Apps fans - being able to pull custom reports directly from Google Sheets is a huge bonus. Gmail integration is very good and better than any other CRM I've seen. Integration with Google Drive is also very good.

Outstanding uptime - in past 2 years not down for more than 6 hours total and most were from one session.

This list could go on for many pages - it's a very mature, traditional CRM with tons of great features! Review collected by and hosted on G2.com.

Like Google, they have built some amazing software but they seem to build a feature then quickly lose interest in improving it.

THERE HAS NOT BEEN ANY (ANNOUNCED) UPDATES ON ANYTHING IN 9 MONTHS. No communication since August 2015 - for a SaaS product this is inexcusable! Maybe they're working on something big but they have not bothered to tell their customers.

Contacts and Companies are linked but separate so at times this can cause much frustration trying to create lists or exporting or connecting up to simple things like Zapier. APIs are very robust BUT to make them work most will require using their APIs and custom programming hooks (i.e. expensive programmers).

Support is by email only and they are usually prompt, courteous and helpful, even when it is in the online help guides, HOWEVER, they almost never admit to the issue being a bug or due to poor design and after making DOZENS of suggestions not one has been incorporated (I'm an engineer by training and a former software product manager fyi).

Seems to be catered to Real Estate pros - if that's you and you love Google Apps for Work and don't like change, this is the system for you!

They have no public forum where people can make suggestions and vote on them .

They offer no visibility on their product road map.

Their releases / improvements are very infrequent and usually not that significant.

Their ability to embrace the various social sites like twitter, FB, even G+ which they should, but especially linkedin! is deplorable and a few social widgets they had built in their site have either been taken off or don't work hardly at all and they continue to remove those capabilities or when they break they don't update them.

Overall their integration with Google is quite good, however, the basics seem to be very thin for example synchronizing contacts with Google should be a core competency but their instructions recommend that you only push from solve360 to Google and not the other way. Unfortunately this explains why we've had a lot of issues when we also try to synchronize from Google contacts back to the CRM. They only support the default contact fields when bringing data over from Google contacts, so any of the rich data that can be collected from a lot of these contact tools out there, like their Twitter address or other email addresses and things where we might want to have custom fields will not come across.

Google calendar integration - Solve requires its own calendar, why can't it write/update our regular calendar so our free/busy tools like youcanbook me can see it? vyte.in can see it but still seems silly. Solve also requires manual sync from Google cal/tasks back to solve - ugh.

Emails created in the CRM don't show true wysiwyg - outlook users see whacky stuff that doesn't show in the CRM nor on Gmail.

If today it does what you need and you don't like change, then it's a great value. Review collected by and hosted on G2.com.

Save this Review
Remove
Need help?
I can help.

Learning about solve 360?
Ask the community