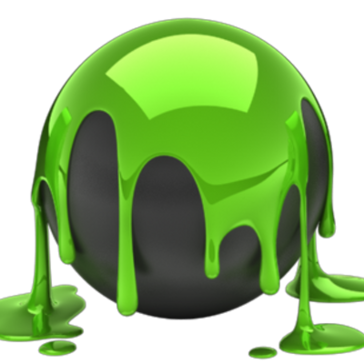 Free Trial is available
Pricing information for 3D Coat is supplied by the software provider or retrieved from publicly accessible pricing materials. Final cost negotiations to purchase 3D Coat must be conducted with the seller.
Pricing information was last updated on February 03, 2017

Free Trial is available
Pricing information for the above various 3D Coat alternatives is supplied by the respective software provider or retrieved from publicly accessible pricing materials. Final cost negotiations to purchase any of these products must be conducted with the seller.

"The Best for hand painted textures!"

3D Coat has a lot of amazing tools like retopology, modelling, uv layout and texturing (in version 4.5 has the new feature called PBR and smart materials , very good for your texture maps). I really like the interface, it is very easy to see all the tools and some tools and shortcuts are very similar to Photoshop (my main work software), and this is very amazing and productive in my workflow. But the x factor in 3D Coat is the interaction with Photoshop and the easy AO calculation. For me, that use 3D Coat for paint textures, this could not be better. Review collected by and hosted on G2.com.

Is dislike very little. But maybe they can do some small changes in the interface. Review collected by and hosted on G2.com.

If you work in the entertainment field, like games and animation, 3D Coat is the right choice, especially for texturing. For sure you'll work faster and your work it will be awesome. Review collected by and hosted on G2.com.

3D Coat is a complete software for artists workflow. I tried another softwares in the same field to paint texture maps, but 3D Coat simplicity makes a lot of diference. To resume: it is a cheaper price software and very easy and intuitive to use. Review collected by and hosted on G2.com.

I used a blender for a long time. The only thing I lacked in it was sculpturing. He is in it, but it cannot be compared with what I can do in a 3d koat.

Working with voxels gives you the opportunity to make prototypes of meshes of any (and exact including) sizes and shapes, using boolean operations, without any problems.

Great performance margin. Sorry if you find Blender constantly mentioned annoyingly, but there on my hardware, two or three million people were given brakes in sculpting. In the coats in voxels or surfaces, I get tens of millions of polygons without any performance problems.

This program is great for creating various prototypes. In order to make a model from and to, from sculpting to a finished model in a couple of tens to hundreds of thousands of polygons for a game or a movie, it will take effort. Unfortunately, the room of retopology is not perfect, but I think it’s still good for its price.

Despite the shortcomings I described, yet at the moment in version .37 I can work at least in voxels to create the basis of my models. Review collected by and hosted on G2.com.

Disgusting community in the English-speaking forum. For any criticism of the program or developers you are blocked. No response to error messages. Lack of response to suggestions.

In fact, you are faced with the fact that in this program you are left to your own devices. For the program there is no amount of textbooks or video tutorials as for a zbrash or blender.

I use this program for a year and I constantly encounter the fact that the simplest actions can cause the program to fly dozens of times an hour. Somewhere it stably works, but somewhere an hour does not pass without heaps of fussing where it should not be, in an attempt to circumvent the madness of the developers.

In fact, the sculpture room is the only thing that really succeeded in the program (I use it only in fact), because the retopology cannot even remove peaks due to bugs (in one version you can, in the other not, today it is removed, tomorrow the stars are not in that order they stand in heaven).

Other rooms are stuck in some of their time, not meeting the requirements of reality. The program as if in the tail reaches for advanced products.

The situation is aggravated by the fact that according to rumors, developers can do anything, but for great benefit, the benefit is clearly not in line with how much revenue comes from users buying the program. In the end, I want to say - why pay? ..

As a result, ignoring the mistakes of developers, inadequate community on the official website, can lead to the fact that you will be disappointed with your choice. Review collected by and hosted on G2.com.

I believe that there is only one full room in the program - a sculpture room.

I recommend doing boolean operations in voxels (millions of voxels are required for detailing), and use polygons for final polishing.

Get ready for the bugs. They and this program are inextricably linked. Review collected by and hosted on G2.com.

The program is good for prototyping. Full-scale models in it can be done, but be prepared for instability. In addition, I immediately recommend making some kind of hard-surfer model (as part of your main model) in other programs, since it’s not easy to make them (at a reasonable polygon and time). Review collected by and hosted on G2.com.

Save this Review
Remove
Need help?
I can help.

3D Coat pricing at a glance

3D-Coat is a program for digital sculpting, painting on 3D objects, modeling, retopology and rendering. 3D-Coat functions similar to Photoshop, but in 3D. Drawing by layers, groups of layers – all that resembles the way Photoshop works. On top of that, the program provides for:
- Applying physically realistic materials to the objects (PBR). Check some examples of creations made with this technology - http://3dcoat.com/gallery/
- Digital sculpting. 3D-Coat uses the principles of both traditional and voxel sculpting.
- 3D-Coat is the industry standard in retopology today. The best instruments for retopology, including the automatic retopology are included.
- Incredibly user-friendly and effective tools for objects UV-mapping.
- Modeling and getting your models ready for 3D-printing.
3D-Coat is used by many world-class companies, over 200 Schools and Universities have been teaching 3D-Coat to their students worldwide.

3D-Coat pricing ranges from $99 to $568 depending on the license type: Educational, Professional or Floating.

Do you work for 3D Coat?