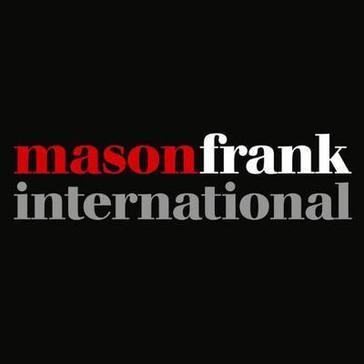 What is Mason Frank?

Describe the project or task the provider helped with:

It was very early in my Salesforce career and I was seeking my first role. Mason Frank had reached out to me to help place me in my first role. Review collected by and hosted on G2.com.

Their folks are usually great to talk to at the various events they attend and are personable Review collected by and hosted on G2.com.

They had reached out attempting to place me in my first Salesforce role, however as a staffing agency/recruiter they should be available to speak after hours since their candidates may already have a job. I could never reach them after hours, and when I did call during the day, they didn't have voicemail at the time, I was told the NYC office was a "pool".

I followed up with my recruiter a half a dozen times and never received any phone calls back, emails, etc. I eventually gave up and then started getting harassed by them again to take a job, and we went through the same cycle again. I called, could never get anyone on the phone, no email follow up.

They continued to contact me over and over again even after repeated attempts to ask not to be placed. After that time, I had several peers placed by them in roles where they told the candidate they were going to make a certain salary or rate per hour, to have it change after paperwork was signed. This was not an isolated incident, and happened to at least 3-5 peers.

Lastly, a friend was desperate for a job so as a last ditch resort I tried to connect her to a Mason Frank contact I did loosely keep. They scheduled a time to discuss a role they were hiring for, and they not only did NOT show up for the call, but did not follow up to apologize, and had the nerve to call me and say they had a "history" with the person I recommended, but didnt have the professionalism to cancel their meeting.

To date, they continue to call, email and try to connect with me on social channels even after repeated requests to be put on "do not call", "do not email". Terrible company to work with. Review collected by and hosted on G2.com.

Recommendations to others considering the provider:

Dont consider them Review collected by and hosted on G2.com.

Describe the project or task the provider helped with:

Executive Search and Placement was the service contracted. G2 has used Mason Frank on multiple occasions with excellent results. Review collected by and hosted on G2.com.

I was kept up to date throughout the entire search & hiring process Review collected by and hosted on G2.com.

There were a few moments when the recruiter and/or other staff members were overly simplistic in describing next steps or how best to proceed. Review collected by and hosted on G2.com.

Recommendations to others considering the provider:

I can readily recommend the Team at Mason Frank Review collected by and hosted on G2.com.

There are not enough reviews of Mason Frank for G2 to provide buying insight. Below are some alternatives with more reviews:

Hirewell
4.9
(150)
With offices in Chicago and Atlanta, Hirewell is a recruiting firm with dedicated practice areas in technology, digital marketing, human resources, sales, finance & accounting, executive retained search, and IT & creative staffing. We partner with organizations to find top talent on a national level.
2

Hunt Club
4.8
(39)
Hunt Club is a curated network of digital leaders who refer candidates to partner companies with open positions.
5

Candidate Labs
4.9
(27)
Our mission is to help sales and marketing professionals accelerate their job search, discover hidden opportunities, and create a blueprint for long-term career success.
6

ISG Partners
5.0
(16)
ISG Partners is a premier sales recruitment firm for Fortune 500 customers, mid-market clients, and tech startups across the country. We are experts in helping businesses scale for rapid, accelerated growth. Our firm has developed the reputation of building out effective and high performing sales teams in hyper-competitive industries. By leveraging our recruiting techniques, methodologies, and retention tools, we’re able to deliver a stronger ROI for our diverse client base. Our unique networking approach allows us to foster genuine relationships with top performers and drive untouched talent to our clients. Each one of our recruiters target candidates that are passively searching for new opportunities to advance their sales careers, and is passionate about letting them be the leading force in driving their future.
7

Robert Half
2.9
(15)
Robert Half is a staffing website that provide skilled professionals in the fields of accounting and finance, technology, legal, creative, marketing, and administration.
8

Vested
4.9
(15)
Hire a Recruiter for as little as $999 / month. Our innovative approach to recruiting enables our clients to hire high-quality, passive candidates at a fraction of the cost of an agency or internal staff. We specialize in identifying, engaging, and sourcing passive talent. This helps companies reduce time to fill, improve candidate quality and save time by augmenting the tedious task of sourcing. Vested also helps our clients stand out among their peers through unique branding and candidate messaging.
9

Do you work for Mason Frank?