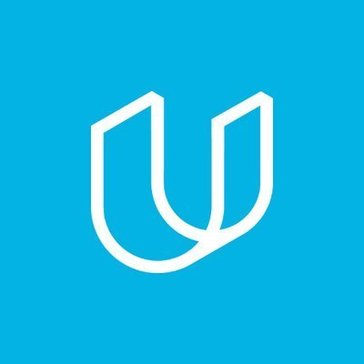 Udacity
4.3 out of 5 stars
See all 249 Udacity reviews
Favorite
Remove from Favorites
Request a Demo

Get a Custom Quote
Udacity has not provided pricing information for this product or service. This is common practice for software sellers and service providers. The pricing insights provided here are based on user reviews and are intended to give you an indication of value. Alternatively, contact Udacity to obtain current pricing.

Pricing information for Udacity is supplied by the software provider or retrieved from publicly accessible pricing materials. Final cost negotiations to purchase Udacity must be conducted with the seller.
Pricing information was last updated on July 09, 2019

Pricing information for the above various Udacity alternatives is supplied by the respective software provider or retrieved from publicly accessible pricing materials. Final cost negotiations to purchase any of these products must be conducted with the seller.

The best thing about Udacity is that I can take the courses in a self paced manner. This is an amazing feature when it comes to a full time working professional like me. Also the nano degree is another option that I really love about Udacity. Enrolling in a nanodegree gives me the commitment to complete a course and get assistance and get my assignments graded by mentors. I also love the 50% cash back offer if I complete the nanodegree within one year of enrolling Review collected by and hosted on G2.com.

The only thing I dislike about Udacity is the cost of the nano degree varies due to the self paced nature. I personally would prefer a flat cost for a course or a nano degree since I exactly know how much to pay before I enroll. Review collected by and hosted on G2.com.

I would recommend this as a go to source if you want to learn a new skill-set from the foundation to an expert Review collected by and hosted on G2.com.

Being a full time working professional, I find it hard to keep my skill set up to the current and fast changing pace of the industry. Having a self-paced environment to learn and improving knowledge is a wonderful way to stay at the top of my work and my industry. Review collected by and hosted on G2.com.

None whatsoever. With the experience I had I would happily recommend anyone other than Udacity. Review collected by and hosted on G2.com.

Let me start by saying, I am not from a techie background and I am an Engineer in a analogous domain with 15 years of experience and absolutely open to learning and understanding software. Though I do not have core programming experience but dwelling into the area of programming and software exploration did not deter me to say the least. Not until I encountered Udacity courses.

I was totally spoilt for choice and I had all these options from several MOOC’s and choosing one was tough. I totally bought into Udacity’s hype of changing careers with a guarantee and registered for the Business Analytics Nanodegree course. I went with Udacity because of the big names behind it and a promise of a career changing job and support systems like the forums and the one on one sessions.

The courses started great with some really challenging material and I managed to get these done through the course videos and help from Udacity forum mentors. I completed 70 percent of the Nanodegree. Then came SQL and AB Testing course which was absolutely hard. Almost all of their videos not just AB Testing were so fast paced that it was totally meant for techies. I absolutely became frustrated day by day cause the videos were explained in a matter of fact disposition and did not even consider that the audience/consumer may not be from the techie age.

So I had to rely on forums for support to understand what was going on. Forums are places where almost no other student gives any input or help. The forums had support from 1 mentor who was the only one who replied to your issue once a day and he did not even bother to dig into my problems. He would point out the most obvious problem and leave it at that. Most of the replies received was cryptic and left you in more doubt after reading the reply. They argued it was self discovery and self learning. Why would I need an MOOC if self discovery and self learning was the key to learning Analytics. After at least 2 weeks of back and forth with an half hearted forum mentor, I was frustrated and contacted their support customer service. I was then directed to a senior Engineer who also promised to solve or at-least point out the source of my issues. Not much care was given to the level of frustration I was communicating in my emails.

When I joined the Udacity course, they promised One-on-One mentorship which they decided to suspend half way during my course. So a lifeline I had during my sign up was taken away. When I expressed my frustration and displeasure to the Engineer who agreed that to provide support as a favour.

A favour !!!! WTF. I cancelled my membership immediately.

I bought in to Udacity because of their name and an option of $200 per month learning fee. I was all set to complete it in 3 months and get the “revered” Nanodegree at the least cost of all the MOOC’s. It took me 6 months of frustration and absolute nightmare making it the most costliest MOOC in this category and I was not even done yet.

**The experience with Udacity was frustrating, disheartening and most of all, killed all my passion to learn a new domain.**

**Please look at Springboard and other MOOCs where support systems are in place. Especially One-On-One is most important cause the forums are absolutley useless.**

Note: The SQL training videos was terrible. I learnt all my SQL through SQL videos on YouTube. They have since changed the videos and I cannot comment on the new material. Review collected by and hosted on G2.com.

Do not consider Udacity Review collected by and hosted on G2.com.

Self development Review collected by and hosted on G2.com.

Udacity pricing at a glance

Subscriptions start at $399 and Bundles priced approximately at $1200

Do you work for Udacity?