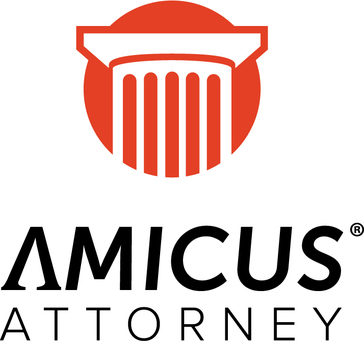 "An Effective Tool to Promote Productivity"

Amicus Attorney is a good system for keeping files organized and easily searchable, while allowing coordination between different members of the firm. The integrated calendar is an excellent way to ensure that team members are on the same page at all times. Review collected by and hosted on G2.com.

The search function for files and people will often default to a preset selection which I have been unable to find a way to change which can be very frustrating when you are trying to find something quickly, and instead have to change the presets. Review collected by and hosted on G2.com.

While the cost should be a factor, the program does offer multiple essential features rolled into one which is easy to coordinate with other users. Review collected by and hosted on G2.com.

The benefits are certainly in relation to time management being easier, and teem coordination being faster. Review collected by and hosted on G2.com.

"Stop At the Sales Pitch!"

The time tracking feature is beneficial and storing client contact information is good Review collected by and hosted on G2.com.

The Portal is inconsistent at best and there is very little support offered unless you want to choose the ultra-high end option. Review collected by and hosted on G2.com.

Before you choose Amicus Premium Edition, consider the other options available. We purchased the software for about $7500 and were promised lots of benefits, including the use of a client portal and a document assembly feature.

It became obvious shortly after signing on that my existing staff didn't have the time to implement any of the Amicus features we wanted to use so I hired another assistant to work on the document assembly precedents and manage the client portal. This was the first unanticipated cost in adopting the software.

Setting up the portal seemed easy at first and we had some success in having clients commit to using the portal. Then we started getting complaints from clients saying that they could not sign in, could not develop their own passwords and other issues. Our assistant spent a huge amount of her day either dealing with Amicus support on this issue or creating the logins for each client, which included the setup of the client password. Amicus support was poor. In one case we were referred to the one representative that could assist with our portal problems - he only took 3 weeks to get back to us and that would not have happened had I not stepped in as he continually ignored our assistant. In another case, the representative said that Amicus that our clients' inability to sign in was because they were using the wrong browser and Amicus could not be responsible for that (being every mainstream browser). In another case, the technical support representative logged in with our assistant to walk through the issues and then said "we have never seen this before. It's the first time this has happened". (when dealing with software, that is the last comment you want to hear). Lastly, there was the time where the support representative said it had to do with clients having a 2 letter email extension (i.e. .ca instead of .com). We have finally had enough and have elected to discontinue the use of the portal.

After having used Amicus for almost a year, we had the misfortune of having our computer system compromised and we had no ability to reinstall Amicus without the assistance of the support team. We were told at that time that (a) we would be charged $1800 US to provide the reinstall service; OR (b) we could convert from the Annual Fee of $1700 Cdn to a monthly support program of $250 US and that 'if we ever had any issues like that happen again, Amicus support would correct the issue without further cost'. We took them at their word and adopted the monthly fee, effectively increasing our costs by $1500 per year. That lasted 3 months and we were hacked a second (and third) time (which we took significant steps to correct). The only problem here was that Amicus didn't live up to their word and again advised that if we wanted to have Amicus re-installed, we would have to pay them $1700 US. We discussed this with the lead sales guy repeatedly to say that that was not what he promised a few months earlier. He knew what he had promised but came back to us with a 'proposal' that he couldn't talk about initially but eventually provided. That proposal was that Amicus could take over our entire computer system and put it in their cloud services and that opportunity would only cost $14,000 US per year (but that wouldn't eliminate our needs for a local IT guy as they couldn't do things that we might need inside our office). We eventually managed to get Amicus operating again BUT we lost about 3 months worth of data because the back-up setting was never set when the software was originally installed by the Amicus technician.

As soon as we can identify a system to replace Amicus (and be in a position to import our 6,000+ contacts into the other system), we will be discontinuing our use of Amicus. Until then, however, we are stuck with a system that charges $250 per month and provides zero support. Review collected by and hosted on G2.com.

There has been no benefit from what we originally had with Amicus Small Firm Edition. Review collected by and hosted on G2.com.

Do you work for Amicus Attorney?