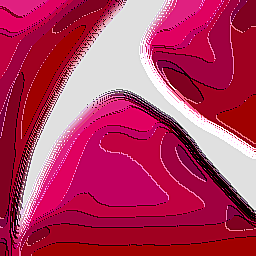 RockWorks
4.0 out of 5 stars
See all 1 RockWorks reviews
Favorite
Remove from Favorites
Request a Demo

Get a Custom Quote
RockWorks has not provided pricing information for this product or service. This is common practice for software sellers and service providers. Contact RockWorks to obtain current pricing.
Download complete pricing list
Download now

Free Trial is available
Pricing information for the above various RockWorks alternatives is supplied by the respective software provider or retrieved from publicly accessible pricing materials. Final cost negotiations to purchase any of these products must be conducted with the seller.
Questions about pricing?
Get a Custom Quote

RockWorks pricing at a glance

RockWorks is offered with three different feature levels: Basic, Standard, and Advanced. Which is right for you?

All three levels include the Utilities portion of the RockWorks program. The Utilities has a row-and-column datasheet and numerous tools for mapping XYZ data, modeling XYZG points, creating stereonets and rose diagrams, creating Piper, Stiff, and Durov plots, and much MUCH more. This is the general RockWorks “toolbox.”

All three levels also include the Borehole Manager and its local database for storing and managing borehole-based data. Here is where the feature levels apply:

- With Basic, the borehole processing tools are limited to observed data – no modeling: Borehole location maps, 2D and 3D strip logs, and striplog profiles and cross sections. Simple correlation panels are offered for Stratigraphy, I-Data, and P-Data in 2D section diagrams. Basic users can create playlists with up to 5 items each, and can manage three 3D faults.

- With Standard, you get all of the borehole modeling tools for the subsurface data offered in the Lithology, Stratigraphy, I-Data, T-Data, P-Data, Fractures, Aquifers, and Vectors menus, and all of the 2D and 3D diagrams and maps these menus contain. Standard users can create playlists with up to 5 items each, and can manage three 3D faults.

- With Advanced, you can connect to a SQL-Server database on a network, create playlists with unlimited items, run RockWorks command scripts for advanced automation, apply unlimited 3D faults to surface and solid models. You also have access to the tools in the well Production menu, and can import commercial PLSS land grids.

The higher levels include all of the features of the lower ones. You can upgrade to a higher feature level by paying the difference in price.

Do you work for RockWorks?