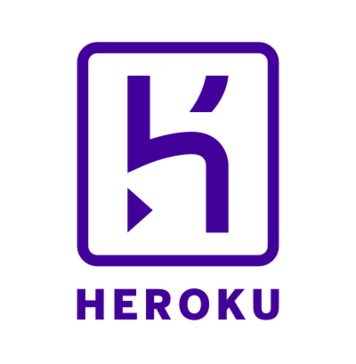 What is Salesforce Heroku?

How do you position yourself against your competitors?

Agility with accountability.
The developer’s choice.
Build apps in modern programming languages — including Ruby, Node.js, Python, Java, and more — then deploy your app in seconds. Corporate app development teams leverage powerful features — such as smart containers, instant scalability, the leading Heroku developer experience with support for continuous delivery and collaborative development, 150 pre-integrated add-ons, and managed data services optimized for app developers — to deliver the next amazing app for your customers, partners, and employees.

Agile app dev. Enterprise-level trust and control.
With Enterprise-grade features for app management and control, Heroku Enterprise lets you deploy, run, and scale apps with an Internet-scale level of sophistication and performance. Your apps are now connected to Salesforce’s data model inside a unified network trust boundary, letting you a build deeper relationships with your customers.

Salesforce is a customer relationship management solution that brings customers and companies together. It's one integrated CRM platform that gives all your departments — including marketing, sales, commerce, and service — a single, shared view of every customer.

It's easy to set up and does what it says on the tin generally. Easy enough PaaS provider. The problems arise when you have contractual issues or need support... Review collected by and hosted on G2.com.

Long story short, they will try to trap you with contracts - for example, rolling an annual contract even if you're talking to support ahead of time about amending or cancelling it. Do not trust them or rely on good faith. In true American style, common sense, compassion and clear business need cannot supercede their contracts and hunger for money. You can try and fight them afterwards, but when &^%$ hits the fan and you need to reason with a human being, it will not happen.

Our case detailed below:

We have been terribly hit by Covid (travel tech business) and so our traffic fell off a cliff a month or two before our contract renewal was due. We were actively in discussions with their team about how we could adjust our usage accordingly. As we were coming close to a resolution that would save us a load of cash, they suddenly said 'oh, too late, your contract has rolled over so we can't make any changes, you have to pay for x dynos even if you don't use them'. We pointed out that this was ridiculous, given that we were literally talking to their support team when it happened.

Feeling fed up, we researched alternatives and had an option available that stood to save the business an amount that could be crucial to our survival. After explaining this to our rep and asking what reasonable provisions there were to simply pay for what we'd used and end the contract (which shouldn't have been rolled anyway) they immediately jumped to threatening us and saying that if we didn't pay for the full contract then they'll send debt collectors!

We found this highly inappropriate and asked to speak to their manager. What followed was a circus of escalations and beaucracy, all amounting to different levels of people blaming processes as to why we couldn't simply pay for what we'd used and cancel the contract (which, again, shouldn't in good faith have rolled in the first place). Eventually they offered a very small concession (we'd still have to pay for more than we were using) but no reasonable exit provisions. Review collected by and hosted on G2.com.

Do not use it. They do not value customer experience over enforcing contracts and making money in the short term.

If you must, be EXTREMELY careful of their contracts and roll-over dates. Even if you're in active discussions to cancel/amend with their support, their roll-over dates are still iron-clad.

Bear in mind that they will NEVER let you exit a contract, even if a once in a lifetime global pandemic pauses your business for a year and you're making 0 revenue... Review collected by and hosted on G2.com.

Save this Review
Remove
Open Discussions in Salesforce Heroku

MK
Mahendra K.asks
any own database integration in future??
CommentComment

Do you work for Heroku?