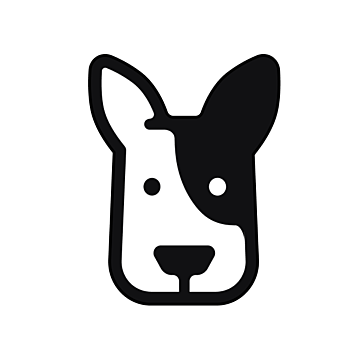 Fleetsmith
4.4 out of 5 stars
See all 108 Fleetsmith reviews
Favorite
Remove from Favorites
Request a Demo

Free Trial is available
Pricing information for the above various Fleetsmith alternatives is supplied by the respective software provider or retrieved from publicly accessible pricing materials. Final cost negotiations to purchase any of these products must be conducted with the seller.

"Very easy to use, helpful staff!"

I like the low cost of Fleetsmith the best as I work in a k12 environment. The interface is SO easy to use it's great! Review collected by and hosted on G2.com.

We have older iOS devices that I wish were supported! Review collected by and hosted on G2.com.

Update your iPads before enrolling! Review collected by and hosted on G2.com.

Tracking the iPad's at our school is easier than before, also tracking usage and management. Review collected by and hosted on G2.com.

"Very streamlined and easy to use, which will be ideal for many businesses"

After recent changes after being Fleetsmith were purchased by Apple, this review is no longer relevant. I'm not going to rewrite it, but I have changed the score from 7/10 to 3/10, as the main features resulting in the high score have now been removed.

Fleetsmith offer an unlimited duration "trial", which is actually the full product for up to 10 devices for free. They clearly understand life in IT where you sign up for a trail, get distracted by other, more critical issues and then never get round to actually using the trial. Because the trial is the actual product, you get to see what Fleetsmith can and can't do, and get full support for any issues you may have.

Support has always been prompt and their documentation is impressively good for such a new product.

The list of applications is reasonable and contains a lot of what most small/new tech companies will be using, and there are useful settings to tweak for many of those applications. For example, you can configure Google Chrome to automatically add some extensions.

Overall, Fleetsmith is an easy to use product that's made by a group of people that have clearly experienced the issues which it's designed to solve, and that alone is pretty valuable. The fact that it doesn't require an training courses like some of the competition is testament to this intelligent design. Review collected by and hosted on G2.com.

After recent changes after being Fleetsmith were purchased by Apple, this review is no longer relevant. I'm not going to rewrite it, but I have changed the score from 7/10 to 3/10, as the main features resulting in the high score have now been removed.

Fleetsmith's features are fairly limited compared with industry leaders like Jamf. As I wrote above, Fleetsmith is super streamlined which makes initial setup and use very easy, but it does come with limitations.

Application deployment comes from a list of supported applications, and if the application you want to deploy isn't there, you're on your own. There is the option of remotely triggering a bash script, which can be used as a workaround. You can request new applications to be added by contacting their support team, but obviously whether the application is actually added will depend on how many people request it.

While the integration with Google Suite is useful for importing users and easily logging in, it would be great if this included Google groups. Being able to easily create a deployment profile from an existing group would be useful and time saving.

The concept of profiles (groups of users that specific settings apply to) works fine, but is very limited. For example, users can only be in one profile. There's no way to have any kind of hierarchy (like organisational units in Active Directory or similar) and inheritance, which can make deciding where to put people/machines quite difficult.

The reporting and querying of devices is also quite limited. You can get useful things like serial number, network configuration, encryption and firewall status. However, you can't get things like installed applications or user accounts.

The MDM business is pretty crowded right now, but is mostly split into two groups, with Fleetsmith awkwardly sitting in the middle. There are basic MDMs (like SimpleMDM) which allow basic configuration settings, but rely on third party tools (like Munki) for application deployment, and there are fully-fledged products like Jamf that do everything. Fleetsmith is noticeably more expensive than the basic options, and is actually more expensive per device per month than industry leader Jamf Pro. However, Jamf is an enormous and complicated product that requires an expensive training course before you can even use it, so Fleetsmith is really in it's own slot in the market. Whether it's worth the tradeoff between simplicity, features and cost will really depend on your business. Review collected by and hosted on G2.com.

Fleetsmith solves basically the same problems as any other MDM solution. It gives you visibility of your fleet and provides some remote management and deployment tools. Review collected by and hosted on G2.com.

Do you work for Fleetsmith?