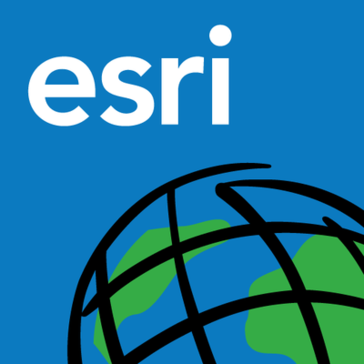 What is Esri ArcGIS?

ArcGIS is a comprehensive suite of mapping and location intelligence tools and capabilities. ArcGIS can be deployed on local machines (ArcGIS Pro), on your remote or on-premises servers (ArcGIS Enterprise), or as SaaS hosted by Esri (ArcGIS Online). ArcGIS includes focused apps to deliver complete solutions for your business or organization. Along with software, Esri provides a comprehensive collection of data and content to geo-enrich your own data. ArcGIS also provides rich software development tools for you to configure and create your own mapping and location intelligence products.

Esri ArcGIS connects maps, apps, data, and people so you can make smarter, faster decisions. It gives everyone in your organization the ability to discover, use, make, and share maps from any device, anywhere, anytime.

How do you position yourself against your competitors?

Esri offers the most powerful mapping and location intelligence capabilities in the world. Organizations of every size and industry use ArcGIS to make and share beautiful, data-rich maps to improve operational and business results. ArcGIS provides universal smart mapping capabilities that can be up and running quickly and when combined with location intelligence, helps organizations tell strategic stories and provide insights to improve their business performance. Esri offers services, training, and technical certifications to accelerate technology adoption, help organizations build a workforce skilled in applying best practices, and achieve the optimal return on their ArcGIS investment.

"Skip arcGIS. It's an obsolete and sensationally bad software"

Not much really to like about arcGIS. In my use, I have not liked anything about arcGIS. Even its UI looks like it's from the early 2000s when compared to contemporary applications.

However, arcGIS does have a slew of interesting products for spatial analysis, presentation creation, interactive maps, and website creation that no other competing product has. I have never used these suites but from what I have seen from my colleagues, these elements work decently and produce nice results. Review collected by and hosted on G2.com.

It's slow and that's an understatement. I use arcGIS for spatial data work on the rather powerful office machines and it still takes minutes to draw a CSV layer? Using QGIS on my ultrabook, I can perform identical operations in less than a second!

Moreover, it's projection and drawing systems are clunky. It takes me hours (sometimes days) to map layers onto the same projections and even then I frequently do not get the desired result. On the other hand, on an open source software such as QGIS, projections are a minor nuisance and take seconds to resolve (even if you're not familiar with the software). Review collected by and hosted on G2.com.

There are other free or substantially cheaper solutions (ie QGIS) that are faster, less buggy, more user-friendly, and easier to use than ArcGIS. Moreover, the transition from arcGIS to these products is easy since the alternatives are quite similar in layout and function (on the surface) to ArcGIS products.

Do yourself a favour, make your life easier and switch away from ArcGIS. Review collected by and hosted on G2.com.

I primarily use to assemble spatial data or use spatial files to attach geographical data to non-geocoded data. Review collected by and hosted on G2.com.

"ArcGIS Desktop - The good and bad"

Some of the best features of ArcGIS (32bit flavor - not ArcGIS Pro) are in the cartography and vector editing categories. ArcGIS has good tools to produce quality maps. Some tools include the use of ESRI's "data driven pages", which allow users to tile maps on small pages for large areas with high detail (large scale).

Another nice feature in ArcGIS (only available at the Standard and Advanced license level) is vector editing with topology within a Geodatabase. The topology tools work well and have good tools built into them to allow the user to find topological errors and fix them. Vector topology is an essential tool for ensuring data integrity. Review collected by and hosted on G2.com.

The costs of this software are enormous for the initial purchase price and the subsequent yearly fees for the product. Not having recent quotes, but in the past pricing for Standard and Advanced licensing were $7,000 and $12,000 respectively for initial purchase. Then yearly fees are incurred to get "updates" to the software and tech support. With $1500 and $3000 yearly maintenance fees respectively for Standard and Advanced, the costs per year can rapidly escalate when multiple licenses are purchased. The annual fees are practically mandatory to stay current with the community and client needs.

Proprietary data format of the Geodatabase. The ESRI geodatabase can only be created and written to by ESRI software (Standard and Advanced licenses). This design creates vendor lock-in, such that organizations need ESRI software to access and edit geodatabases. This design enforces sales of the ArcMap software, as ESRI geodatabases demand ESRI software to be fully utilized. This also creates an environment where a few special operators with special software can access the data. This discourages the accessibility and sharing of GIS data information. Being that GIS data is information, and information should be shared, the proprietary data format is an obstacle to creating easily accessible information within an organization and with other organizations.

The performance of ArcMap (32bit) is poor relative to today's computing standards. 32 bit architecture is very outdated and when performing spatial operations, the delay in processing costs users time. Since ArcMap came out and was re-written from scratch in the early 2000s, there have been continual issues with bugs and performance. Fixes to the bugs are slow to be resolved. Sometimes the application hangs up (not responding) for seemingly basic tasks.

Lack of modern algorithms. Example would be the hydrologic routing tools that are from the early 1990s and have not been updated with current modeling features such as Multi-Flow Direction (MFD) modeling of where water flows, and how much accumulation.

Tech support is a paid service along with updates to the software through yearly annual fees. The first level tech support has often left a disappointing feeling, where either the topic was being read directly from the help menu, or the technician kept trying to solve the problem with educated guesses, rather than knowing what the solution is. A substantial amount of time has been lost with tech support at the tier 1 level. The tier 2 level of support is good. The technicians know the products more specifically, and are generally more helpful to resolve the issue.

Some spatial functions are only available in the top tier product (such as identity). This aspect was really frustrating as a user and for an organization. The difference between the Standard and Advanced licensing is about $5,000 (last checked). The interesting thing is that the Basic, Standard and Advanced licenses are all the same product, just with varying levels of provided tools. One such tool is the identity function. This is a commonly overlay function in any GIS, however, ArcMap only provides this simple overlay at the advanced level.

Lack of general interoperability. Over the years, open data standards such as Web Mapping Services (WMS) and Web Feature Services (WFS) have provided open formats to work with GIS data. WFS is designed to allow editing of features over a web protocol, but in order to implement this in ArcMap, $10,000 software needs purchased (ArcGIS for Server). There is currently no way to write to an open database GIS format from ESRI software, without purchasing additional software. Review collected by and hosted on G2.com.

Be careful. ESRI has managed to gain major market share and monopolized the GIS software. Over the years, other open data formats have nudged ESRI to move to more supported open data formats.

Evaluate your needs. Check to see what your organization needs GIS services for. Quantum GIS (QGIS) is a great open source desktop software that meets the geospatial communities needs, with hundreds if not thousands of user contributed add-ons and tools. Some cases may require the purchase of an ESRI license. Explore other options before falling into the vendor lock-in trap. Open source software in the geospatial world, is really advanced and amazing. Consult with a user of GIS in the FOSS world, to gain information about how different products can meet the needs of an ArcMap user.

Setting up a GIS Data Library as a PostGIS/PostgreSQL server was a challenge to integrate with ESRI. The good news is that SDE is a deprecated product and the libraries are now included with ArcMap. This allows ArcMap to access Database servers and PostGIS data formats as read-only. This is ideal for setting up large, state-wide layers of GIS data, with ArcMap able to connect and clip or select features from it, and place the data in the local Geodatabase for editing. Review collected by and hosted on G2.com.

Client needs. This ranges from permitting applications and risk assessment. Hydrologic modeling for large tracts of land are done with open source software (GRASS GIS) and then brought into ArcMap for compatibility with the organization and client needs. The benefits of ArcMap (from a consulting standpoint) is that it provides a comfort level tho those who believe that GIS is synonymous with ESRI. Review collected by and hosted on G2.com.

Save this Review
Remove
Open Discussions in Esri ArcGIS

CT
Charles T.asks
We buy for more than 13000$ for Esri products. 2 months and more than tweny hours spend to install those, with some help with the support service, i have a long list of trouble. Very disappointed. I have a strange feeling of being tricked. Is that normal?
CommentComment
UH
User in Higher Education
Enterprise(> 1000 emp.)
Report a Concern
Respond as Esri ArcGIS
Validated Reviewer
Verified Current User
Review source: Organic
Mar 14, 2017

Nothing. I have not one nice thing to say about Esri besides that Jack Dangermond needs to fire the staff or leave, himself. Review collected by and hosted on G2.com.

If possible, find another program. Review collected by and hosted on G2.com.

None. Review collected by and hosted on G2.com.

Ubiquity among gis users but most gis users have never tried using anything else like Maptitude or Transcad gis. Review collected by and hosted on G2.com.

I do not recommend Arcgis for gis work. It will slow you down. Review collected by and hosted on G2.com.

I teach and do research and advice companies related to GIS. Arcgis slows down gis implementation. Review collected by and hosted on G2.com.

Do you work for Esri ArcGIS?